November 11 is Veterans Day, celebrating America’s military veterans, their service and the contributions they’ve made to the nation’s well-being and ensuring its freedom. According to the United States Census Bureau, there are currently about 18 million veterans in the US, with service experience ranging from World War II to Afghanistan.

In honor of the holiday and to help celebrate the nation’s veterans, we spoke with Jonathan Sharrett, DO, a Board-certified radiation oncologist with Summit Cancer Centers, an American Oncology Network partner, and Spokane CyberKnife. A military veteran, Dr. Sharrett enlisted into the US Armed Forces after high school and served from 2002 through 2008. He deployed twice to the Middle East in support of Operations Enduring Freedom and Iraqi Freedom, was a member of the Honor Guard and a military fitness instructor.

During his service, Dr. Sharrett’s grandmother lost a courageous battle with Stage IV breast cancer and his mother beat Stage IV Burkitt-Like Lymphoma. These events shaped the trajectory of his life, as his purpose and mission quickly evolved into a career in medicine.

After leaving the military, Dr. Sharrett earned his medical degree from Edward Via College of Osteopathic Medicine and completed his residency at Cleveland Clinic before joining Summit Cancer Centers and Spokane CyberKnife. In this interview, he speaks about his path to radiation oncology, his military career, the importance of service to him and his family, and how the military has helped his medical career.

Was medicine a consideration when you joined the military?

Not one bit. I grew up in a trailer park in a small rural town in east Tennessee. No one in my immediate family worked in medicine or had more than a high school education. My family was very patriotic, though. My dad was in the Army, my brothers were in the Navy, and I had uncles who were infantrymen in the Marine Corps who served in World War II in the Pacific Theater (Iwo Jima and Saipan). I was patriotic too, so when 9/11 happened, I was all about the military. That was it; it changed everything for me.

Regarding your decision to go into medicine, specifically oncology, what factors got you here?

My grandma was diagnosed with Stage IV breast cancer when I was still in high school. Then, while I was deployed in the Middle East, I found out my mom had Stage IV aggressive lymphoma. I already had a powerful interest in fitness and nutrition and their diagnoses made me want to learn even more about the body, so I started down the healthcare path as I was on my way out of the military. I thought about being a dietitian at one point, and I was already a personal fitness instructor for military professionals and a personal trainer. But I soon realized I knew more than I thought and considered being a nutritional biochemist. Then, at some point, I said ‘you know what? I’m just going to be an oncologist.’

My dream was to be a medical oncologist. But in my third year of medical school, I met a radiation oncologist who said, ‘why don’t you come hang out with me.’ The next thing you know, I was visiting MD Anderson and Emory University in Atlanta for clinical rotations, and I found myself on the path to radiation oncology.

But first and foremost, it was driven by my family.

Did the discipline you acquired in the military help you through medical school and now in practice?

Absolutely. The military – the discipline, attention to detail, focus, and challenges you face – created an environment where nothing could faze me. The setting helped me interact well with people from different backgrounds, be rational, and maintain level-headedness. I started out training in the bomb squad (Explosive Ordnance Disposal), which meant I had to dedicate time to studying and preparing and, for obvious reasons, I had to be exceedingly disciplined. While I ultimately decided that was not the job for me, the intense training definitely set the standard for how I would approach future endeavors. The military also gave me a sense of confidence in myself that I didn’t know I had. All of that had a significant impact on my ability to stay hyper-focused through medical school and the other tough challenges I encountered along the way.

What do you love most about radiation oncology?

I love the opportunity to help people by drawing on multiple facets of my life – not just as an oncologist. For example, because of my personal experiences, I understand the patient journey. My mother had a lot of questions about her cancer that didn’t get answered, my grandmother too. Many people are confused about their care, so when I walk into the room to see a patient, I want to know how I can maximize that interaction and make a difference in their life, whether I end up treating them or not. Even if it’s not related to cancer, I enjoy going in every day and having that mindset of wanting to help make someone’s life better or help them through this process that they’re going through. This is my anchor – helping people. And that’s what I love about it.

What accomplishments are you most proud of?

Going through the whole process of getting out of the military, going back to school – especially coming from a small town – and going to a small medical school. That’s all extremely important to me. Also, going to Cleveland Clinic for training and completing the journey of becoming Board-certified were significant accomplishments and I’m proud of them. However, most importantly, I’m proud that my parents are proud of me, that they are still alive to see the success I’ve had, and I can remind them that I wouldn’t be where I am today without their love and support throughout my life. It makes me happy to know they can see the fruits of their labor.

What have been some of the main challenges in your journey from military to medicine?

The biggest challenge moving from the military to civilian life was the loss of the camaraderie and brotherhood that you have in the military. It’s not the same out in the real world. Veterans yearn for that kind of sense of belonging. Your military colleagues understand what you did, where you came from, and what you sacrificed for the country. They get the loss and understand the emptiness of not having that interaction. It’s challenging to recapture that out in the real world. It’s almost like what you might feel in highly functioning/competitive athletics or when playing on a team – the team bond – where everyone has a defined role and works hard for each other and not just their own interest to accomplish the goal at hand. That’s hard to replace. The structure the military provides in one’s life is also very important and just not the same out in the real world, although some medical settings do come close.

The closest thing I came to that so far was during my training in radiation oncology at Cleveland Clinic where just the teamwork and esprit de corps was close. It made me feel almost like the military again, because they were demanding and had high expectations like the military, but also very supportive and had your back and refused to let you fail. I think that’s one of the reasons why Cleveland Clinic is such a great place. Lack of camaraderie and structure is a challenge for many veterans as well.

What message would you share with a student whose finishing high school and thinking about the military or medicine?

I would tell them that the military is a fantastic experience. It gives you a sense of identity, purpose, teamwork, and pride in where you’re from. It gives you opportunities to leverage what they offer to then launch into whatever you want to do in your life. It provides individuals with a lot of good structure and discipline that can benefit their lives.  I would highly recommend military service to almost anyone coming out of high school, especially those uncertain about what they want to do with the rest of their lives.

Are there any mentors that you’d like to note for having helped you through your career?

I had so many along the way! One who was most important was my calculus teacher in high school, Coach Thompson. He was a significant mentor when I was starting to excel in school. He saw that and mentored me and helped me through. We stayed in touch while I was in the military and when I would go back to Tennessee, we would go to Tennessee football games together. He gave me the sense that I was worth more than I thought. After the military, a great mentor of mine was the chairman of the Department of Radiation Oncology at Cleveland Clinic, Dr. John Suh. And, of course, my dad!

How would you like people to recognize Veterans Day?

Try to take a step back and see, from their perspective, the sacrifice veterans make for our country and what they’ve been through. A sad thing is the impact of veteran suicide and those who are on the streets and homeless. What happened? How did they get there? How can we help them, support them, and be there for them? They gave a lot for our country. They should be acknowledged and supported on more than just Veterans Day.

We should find ways to uplift them and help them feel part of society when they come out of the military. It’s a big thing, because many of these servicemembers are leaving Iraq, Afghanistan, and military service in general with understandable mental health concerns, and other physical ailments and health-related issues. How they integrate back into civilian society is so important, so being compassionate and empathetic and finding ways to help them along their journey as they transition back to everyday life is something we can all do, in some capacity, either directly or indirectly. Show them honor and respect – I’m grateful to those who already do.

Anytime I have a patient and I’m aware that they’re a veteran, I make sure that I acknowledge that. It goes a long way toward thanking them for their service to our country. 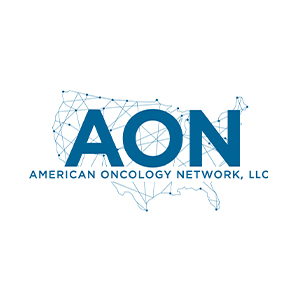