On August 1, Messino Cancer Centers (MCC) and American Oncology Network (AON) join the Lung Cancer Foundation of America for World Lung Cancer Day, celebrating the researchers, clinicians, and patient advocates who exemplify what “Living with Lung Cancer” looks like. We’re also raising awareness of the need for ongoing and expanded lung cancer research to continue building upon the advances that have given greater hope to patients who receive this devastating diagnosis.

Lung cancer is the third most common cancer in the U.S. It also claims more lives – both men and women – than any other type of cancer. Yet there is room for optimism, thanks to the significant advances in early diagnosis and treatment.

At MCC, my practice centers around systemic therapy, where medications are given intravenously or orally and disseminate throughout the body to target cancer wherever it lurks. While chemotherapy – which attacks rapidly dividing cells – is still used in frontline treatment, we now have additional types of treatment including targeted therapy and immunotherapy.

With targeted therapies, we leverage the knowledge that certain types of lung cancer can have specific gene mutations, so-called driver mutations, that create hyper-activated protein products. As their name implies, these mutations drive the formation, growth, and dissemination of these cancers. Targeted therapies are designed to inhibit the production of these driver mutations. Doing so creates a catastrophic response that kills the cancer cells and shrinks the tumor.

Immunotherapies are another advancement that have completely reshaped how oncologists treat lung cancer. The idea of immunotherapy is decades-old, the premise being that our immune systems recognize cancers as foreign, but cancer cells evade attack by immune cells. Early attempts at overcoming so-called immune evasion involved deploying high dose cytokines to hyperactivate immune cells, but these are fairly toxic and have a very narrow scope of activity.

More recently, the molecular mechanisms of so-called checkpoints between tumor cells and immune cells that mediate immune evasion have been delineated by immunologists. This has directly led to the development of antibodies that block these checkpoints, allowing a patient’s immune system to bypass these checkpoints and proceed to attack and kill the cancer cells. Immunotherapies are now ubiquitously deployed in metastatic lung cancer with or without chemotherapy and tend to be more durable and less toxic than chemotherapy.

When it comes to lung cancer therapies, MCC plays an active role in their advancement by participating in clinical trials to uncover the next cutting-edge treatment. In addition to an affiliation with the Southeast Clinical Oncology Research (SCOR) Consortium, our partnership with AON paved the way for us to become a strategic research site for Sarah Cannon Research Institute. These relationships help us bring clinical trial opportunities to more of our patients than would otherwise be possible as an independent community-based practice.

For example, researchers are looking at combining standard of care immunotherapies with a new investigational drug that could potentially boost their effectiveness. Participating in these kinds of clinical trials help evaluate effectiveness of drugs or treatment routines – and give our patients the opportunity to participate in approved and exploratory therapies without need for travel to an academic center.

It’s also important to point out that, in addition to novel therapies, palliative care is now established as fundamental to frontline care of lung cancer patients. The so-called Temel study – published in the New England Journal of Medicine in 2010 – found that early palliative care not only led to significant improvements in both quality of life and mood among patients with metastatic non-small-cell lung cancer, but actually prolonged survival compared to usual care. Early palliative care is now a standard of care in non-small cell lung cancer and a motivation for MCC’s recent addition of Dr. Joshua Baru, a consummate palliative physician, to our clinical team.

There is no question that, when it comes to the diagnosis and treatment of lung cancer, research has allowed us to move the needle on both survival and quality of life. A cure has yet to be found, but the dedication of oncologists, clinical researchers, patient advocates and patients themselves has resulted in life-altering advancements that mean a lung cancer diagnosis comes with a level of hope that exceeds what we’ve seen in the past. 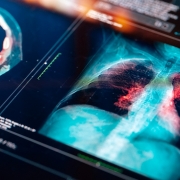 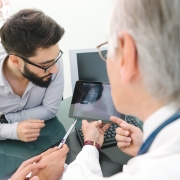 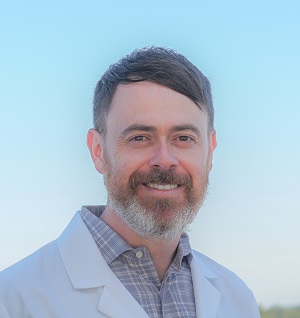 Dr. Beardsley is a Board-certified Medical Oncologist at Messino Cancer Centers, an American Oncology Network partner. He received his medical degree from West Virginia University School of Medicine, followed by an internship and residency at the University of Pittsburg-Montefiore/Presbyterian Hospitals. He completed his fellowship and postdoctoral research in lung cancer cell biology at the University of California in San Francisco.