February was Black History Month, making this an important time to note the racial disparities that exist in cancer care and research. Black people have higher death rates than members of all other ethnic groups for most types of cancer — specifically multiple myeloma and prostate cancer — and black women are more likely to die from breast cancer than white women despite a similar rate of diagnosis.

While there has been progress toward erasing these inequities in treatment and care, a great deal more work remains to be done. To that end, it is important to stay informed of these disparities so we can learn how to eliminate them forever.

The Causes of Racial Disparities

There are many reasons why racial disparities exist in cancer care, one of which is based in socioeconomics. The reality is that a wide wealth gap remains between black and white households, even within the same income class, which can put higher quality medical care out of financial reach. This is especially true for those seeking treatment for costly cancer care.

Another reason is an inherent distrust African Americans have traditionally had with the healthcare industry. While this distrust dates back to the highly unethical Tuskegee syphilis study in 1932, more recent research has provided additional reasons why it persists: an implicit bias in healthcare that black people often receive lower quality care than their white counterparts. According to a survey conducted by Genentech and published by WebMD in partnership with the All of Us Research Program, 1 in 3 medically disenfranchised black and Hispanic people said they didn’t participate in clinical trials or receive vaccinations because of their lack of trust in the healthcare industry.

The restoration of trust in the healthcare industry would be a huge step forward in greatly reducing or eliminating racial disparities.

The Need for Diversity in Research

While social and economic barriers do play a role in higher rates of cancer in the U.S., it is also true that African Americans are more susceptible to the disease than other ethnic groups. This can be attributed to genetics, limited access to quality care and, most importantly, substandard care stemming from a lack of diversity in clinical research and drug trials.

Black people make up about 13% of the U.S. population, yet we seldom see that portion of the population represented in research. Notably, African Americans make up just 1-2% of the participants in clinical trials. This lack of diversity makes it impossible to see what effect certain drugs may have on people of African-American descent, especially when trying to treat multiple myeloma, of which African Americans account for approximately 30% of the patients.

One way to combat this is to assign a diversity officer to all research studies and clinical trials. Currently, there are data safety and monitoring boards for studies to ensure the patients and participants are being properly cared for and protected. The diversity officer can play a similar role by ensuring study populations don’t heavily skew in the direction of one race or another. This helps ensure that all patients are represented equally, making available the data that lets researchers know the effect a certain drug or treatment has on all members of the population.

Steps in the Right Direction

Disparities and gaps in care do exist, but for the first time, we are seeing progress toward rectifying this problem. While the Food and Drug Administration cannot mandate population-based studies, it is beginning to encourage drug manufacturers and the healthcare industry to focus research on generating data applicable to African Americans. The industry seems to be listening, too, as evidenced by the creation of think tanks and advisory boards to learn how to be more inclusive.

The American Society of Clinical Oncology, which is the world’s largest cancer society that features representation from 150 different countries, recently announced the addition of a diversity and inclusion officer to its administrative structure. This role will address some of these racial disparities and work toward solutions to eliminate them.

At American Oncology Network (AON), we are in a unique position because of our diverse patient population and geographic footprint. This combination allows all patients, but especially African Americans, to participate in trials right in their own community – trials that are being conducted by physicians and doctors they know and trust.

This sort of inclusion is a significant step toward making sure patients from all walks of life are receiving the care they deserve. 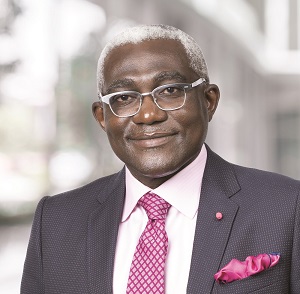 Dr. Birhiray is a Board-certified Medical Oncologist/Hematologist at Hematology Oncology of Indiana, an American Oncology Network partner, and a Clinical Professor of Medicine at the Marian University College of Medicine. He earned his medical degree from the University of Benin, Nigeria and completed his Internal Medicine residency at Columbus Hospital in Chicago, Illinois. He completed fellowships in Bone Marrow Transplant and Medical Oncology at Johns Hopkins University and The National Cancer Institute in Bethesda, Maryland, respectively. Dr. Birhiray has participated in research and is published on the subjects of immunotherapy, lymphomas and bone marrow transplantation.

The Importance of a Patient-Centric Approach
Scroll to top